Tell us about new corruption or anti-corruption mechanisms 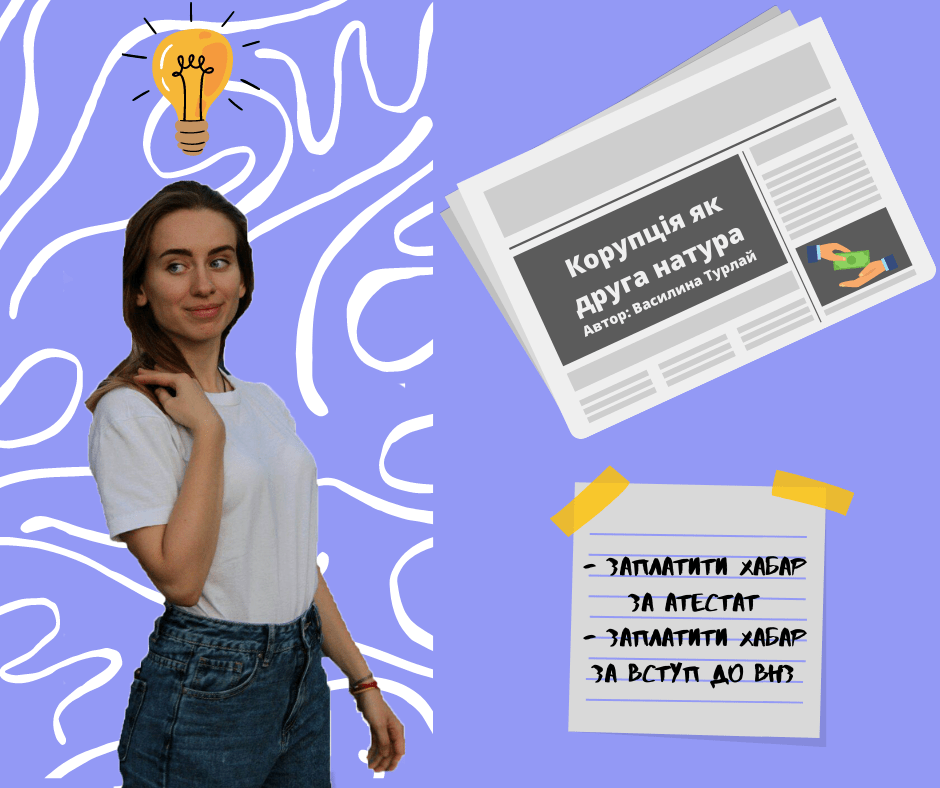 Pay 50 UAH and read without queuing! Of course, we are kidding! There is an article written by one of our guides:

As long as I can remember, I remember the evening political talk shows on Fridays with the constant repetition of the word “corruption.” It is said by each person who isn’t lazy. The very fact that the politician uttered this word made his image more honest. Like, if you’re brave enough to say the word “corruption,” then you’re definitely not corrupt; you admit the fact of corruption – automatically you become a more honest person.

This perception may seem wrong if you are not familiar with the Ukrainian mentality. However, we should recognize that the word “corruption” characterizes the actions of the average Ukrainian. This Ukrainian, who himself is afraid or doesn’t want to realize the illegality of his actions. So what’s going on? What if a deputy who speaks directly about corruption is more honest than the average Ukrainian?

During anti-corruption tours, the amount of corruption money that you announce makes our visitors quite surprised. And when in such a case there is one person who is the direct culprit of the “triumph” of injustice, it becomes very easy to judge. But culture is not created by one person without the support of others. Every day, thousands of Ukrainians pay teachers for the best grades for children’s certificates, pay for university entrance, for passing exams, for a better position at work, for the best place in the cemetery. We ourselves have created a culture where without bribes, you will not achieve something.

Isn’t it better to consider corruption not as a privilege of those in power, but as a disease to which those who have such an opportunity are exposed, regardless of their social status?

Everyone who lives in a capitalist world with private property has this opportunity. Then why, if, according to Marx’s ideas, we use money as a means of exchange (for someone’s favor, for example), do we automatically act wrongly?

It’s all about morality and the level of acceptability of certain actions in society. Corruption as a phenomenon cannot thrive in a country whose people have a strong immunity to it and demand that the authorities at all levels act by the law. Equally important is the provision of public authorities with tools that citizens can use to fight corruption.

From whom should the initiative come? We can fantasize about “first clean your apartment and yard, and then point the finger at others”, but if there is no active action on both sides (citizens and authorities) and as long as corruption in our heads is perceived as a disease only of the depputies, we will not see change.

So yes, we start with ourselves first, while controlling others. Don’t know how? Come on tour, we’ll tell. And you will have a good opportunity to see how much other people’s eyes widen in amazement when we talk about corruption schemes and their estimates.

Our politicians have actually done us a great service – they have named things by their names. All we have to do is add this word to our vocabulary and moral compass, then maybe the repertoire of Friday’s political talk shows will change 😉

Do you like the project? - Join
the volunteers of our friendly team!

By volunteering with the project "Anti-corruption walks Kyiv", you will be able to acquire new skills, develop creative thinking, improve analytical abilities and enhance your knowledge in management and leading excursions!

We look forward to working with you in the following areas:

Then come to our office at Volovska Street 8/5, corpus 5, office 110-B, or write us an e-mail at acrec.kma@gmail.com and join the team of creative fighters against corruption

Your help is important

By volunteering with the project "Anti-corruption walks Kyiv", you will be able to acquire new skills, develop creative thinking, improve analytical abilities and enhance your knowledge in management and leading excursions!